Reveries Act 1 is the new EP by Hazem Beltagui and right off the bat spawns the question: “What is Beltagui cooking up?”. Seeing as it is an act 1, there are likely more to come. The EP is Beltagui’s first on the new Paul Thomas lead FSOE UV. Track naming is another thing that jumps out at you once you see the titles. In order they are called: “Used to Be”, “Loneliness” and “Let Go”. All words hold with them a negative connotation. The association with the words raise even more questions. Overall, it just appears like this is one massive set up for bigger things.

Reveries Act 1 sounds like a very experimental take on progressive house. Not your typical sublime, superfluous and slow sound. The tracks have power and are rich in terms of sound. Each of the tracks has a unique approach and are part of a larger story it appears. 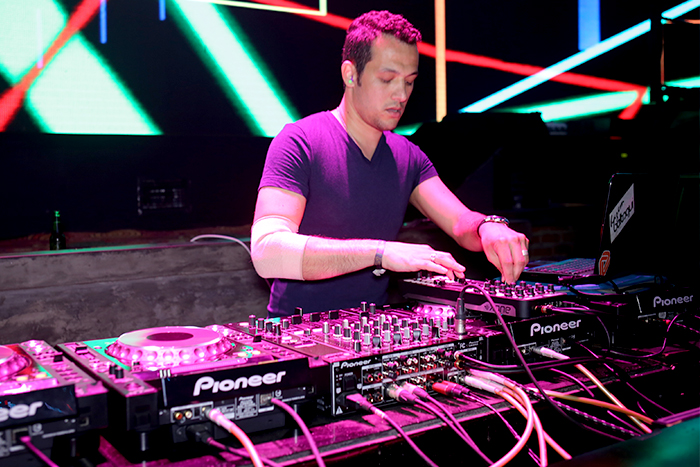 The first track in the EP by Hazem Beltagui sounds chaotic. It’s one of those tracks that sound like they’re on a never ending crescendo, always building up altogether. The only difference in comparison to other tracks, is that this particular one climaxes into a state of sonic limbo. The breathing in the background almost sounds like a deep, heavy sigh. The song calls back feelings of dissatisfaction, reminiscence, basically everything the title associates with.

Another track with a title which holds certain negative connotations. Unlike the first track, this one just blasts off immediately, yet again, into a chaotic sound. It can remind you of all those moments where you’ve felt the track’s title of “loneliness”. In short it is the auditory embodiment of loneliness itself. Therefore establishing a congruent relation between track title and actual audio. That’s two for two on Beltagui’s creativity.

The final track appears to be a culmination of the entirety of the EP itself. It is different from the previous tracks in that it sounds almost like a resolve of the idea and theme of the other two. It’s a lot less chaotic in sound and is leveling out through. When hearing the tracks in succession it feels like a story was definitely formed and leaves you wondering of it. Despite the negative connotation the track’s title contains, the other side of the coin is that it’s not at all. When viewing all of these tracks as a whole this holds a positive connotation of the idea that the past and states of loneliness and what not are abolished.

When looking past your typical, ordinary progressive, this EP is special in it’s own right. It’s something to stop, listen to and very much reflect upon, there is meaning behind it. That meaning may be a new start and letting go of the negative. Enjoyable throughout and without doubt one EP to listen to on drives, at home, wherever. To see these tracks applied to sets will be an interesting experience. The complete EP is out now on FSOE UV. You can purchase it using the link below:

And stay in touch with Hazem Beltagui for more wondrous music coming in the very near future.

Parallels: An Interview With Monoverse