With a full album, later comes the club mixes. Refined editions of the best tracks from said album. It’s finally later and the first club mix is out for Hazem Beltagui’s VIVID; and we begin with the track featuring Jaren: “Maybe It’s You”. The triple threat collaboration between Beltagui, Jaren and Avenue One is now a super loaded club mix. 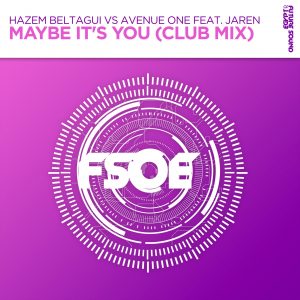 Maintaining the melody is one aspect of a great mix of an original, but adding a rolling bass line can be tricky. Luckily, Beltagui is a master of production who makes a pristine bass line to compliment Jaren’s vocals. The track is sped up of course, this gives new light to it for use at peak club hours. Jaren’s vocals are kept intact, except for a minor speed up; but still sound just as amazing, if not better. This club mix is a gem for certain and one of hopefully a few to come out of Beltagui’s debut masterpiece, VIVID.

The flames are still not out for Beltagui as more prime pieces of work keep appearing over time. Perhaps there will be more club mixes out in the very near future. Although he is a producer who releases tracks slower than most, they’re always the epitome excellency. And it’s one of the many reasons why Beltagui holds a special place in the hearts of trance fans.

The track is out on July 6th; you can pre-order your copy here.

Lowland – We’ve Been Here Before