Electronic Nightlife sits down with producer and DJ, Tempo Giusto. We find out what makes him tick, what influences his huge range of sound, Monday Bar, and what advice Tempo Giusto has for aspiring artists.

ENL: Im not particularly a genre girl myself, but I am always curious how artist view their work, as opposed to what they then become labeled as. You, however, Im seeing all over the place. You have a great base in trance, and also a huge following with the techno crowd. Where do you see yourself for the most part- if you had to choose a genre? Tech trance?

Tempo Giusto: I’ve always found it a bit hard to label myself but I’d say tech trance, yes. I love the bass drive and percussions in techno productions and the energy in big trance works so I try to combine the two to create the ultimate clubbing experience. Although I’ve done also more melodious and progressive works, the slightly  underground and driving sound is closest to what I play on my live sets.

ENL: Gongratulations on your single “Benzin” for making the TOP5 Beatport trance chart, it has received  overwhelming support. How does it feel?

TG: It feels absolutely wonderful and I’m very happy to see proper tech trance rise so high on the top chart. For me it has worked like rocket fuel haha, have just wanted to step back in the studio since the release. And I’m really grateful for all the DJ support on this one, it was played by all the top names and it is still charting on Beatport after nearly 2 months of release. 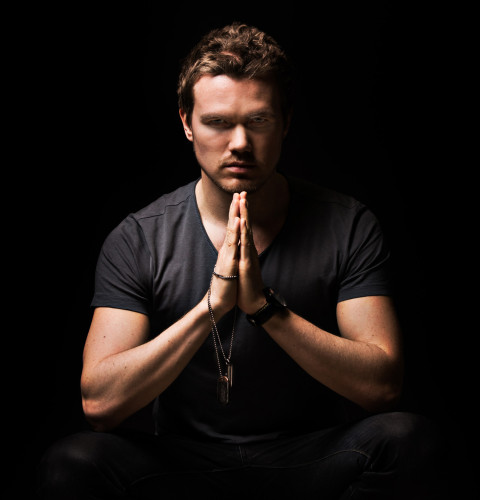 ENL: You have a new tune coming out, Spatter Analysis. Tell me more about it, what kind of sound does it have? Is it already being promo’d? What artists do you think will support, or have already shown support, and when can we buy this?

TG: Spatter Analysis is a combination of classic and modern tech trance elements. It kicks off with a catchy plucky theme and cool effects, continues to a devilish breakdown with big lead instruments and drums, and kicks off with a surprise twist that is packed with energy. It’s on the more driving side of tech but still remains trancey. It’s not on promo yet and only two DJs have it who requested exclusives for ASOT700, one of them commented “absolutely huge, you’re hitting a whole new level.” This one will be released later in the spring on Lange Recordings, most likely around April.

ENL: You’re no stranger to some of the big guys – Ferry Corsten, Markus Schulz and Armin van Buuren have all taken a moment to make some great and consistent notes on their approval of your music. Being a big Schulz fan myself, I have to admit- that’s who introduced me to you. Back in 2009! GDJB! You’ve made quite a few appearances on GDJB since then as well. In fact, Markus made a big room of Mark Sherry’s remix of your tune Blacksmith. How does that feel? Do you get warning of these things or do you just turn on the radio one day and go- wow, wait, that’s me???

TG: Yes, I’ve been lucky to get good support from the top names and it always feels just as great as it did when I started back in the day. I always try to keep modest expectations on DJ support so often it all comes as a pleasant surprise. Although I check out some radio shows every now and then, I usually find out about people playing my tracks through Twitter and Facebook when getting massive amount of feedback on them. And I absolutely love that and try to respond to all who message me something!

ENL: Where do you see your sound in the next year, two years and beyond? Ever evolving, or do you have your current sound cemented in your schedule?

TG: At the moment I’m going to focus more on the tech-driven productions so you can expect more of that in the upcoming months. I also want to have more exclusive material for my live gigs that I can treat my followers with.  However, I’m always trying to pursue creating something different and will certainly go for that in the future as well so it’s hard to say what my material will sound like in 2 years or so.       Hopefully it’ll sound even better! 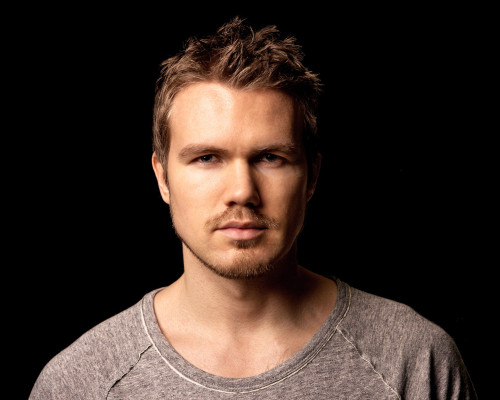 ENL: You’ve recently played all over Europe, and most notably to me, is Monday Bar. Sounds like an amazing event, tell me about it? What is it like?

TG: Yes, I’m working for Monday Bar as one of the resident DJs and artist hosts. Monday Bar is a club concept from Sweden that has events in regular clubs and more famously, on cruise festivals. The cruises are quite special – there are some 2500 people and everyone comes there for the music, wearing crazy outfits and having a blast. At its longest the cruise lasts for about two days and the party basically keeps going 24/7 with big headliners, local talents and everything between. There are usually many floors, each focusing on certain genre such as trance, hardstyle, techno and so on. One of the coolest things about the cruises is the sundeck – during Summer the music keeps pumping while the boat is moving and hundreds of people party on the top deck in the sunshine. It’s simply great and hard to describe, just need to check it out yourself.

ENL: You have a radio/podcast as well, Global Sound Drift. When and where does this air? Can fans expect a difference between your radio shows and live events?

TG: Global Sound Drift airs always first on AfterHours.FM, it began there in late 2007. It is currently airing every 3rd Sunday of the month and each show lasts for 2 hours. After that it is also broadcast on number of other stations, mainly focusing on audiences in Netherlands, Canada and Mexico. My live sets usually focus on the more driving and clubbier material but since I love all kinds of dance music, I play smoother and more progressive material on Global Sound Drift as well. In general I could say that the last 60 minutes of each episode is more like what I play live. 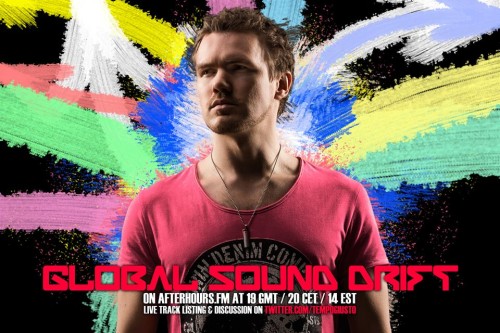 ENL: What exactly got you into music, did you start with DJ-ing or production, or both? Looking back to the first days, did you ever see yourself where you are now?

TG: I’ve always loved music in general and in fact one of my earliest memories is the track “Take On Me” by A-ha that I absolutely loved as a child. I have been producing music as a hobby since I was some 13 years old, making rap and trip hop beats. Around the age of 15 I got introduced to trance and started to produce that as well. But it wasn’t until I was some 20 years old when I got really serious about it and invested in better production equipment etc. The DJing became a year or two later once I started to get actual releases. I never saw myself where I am now but  naturally always hoped to make something great and unique that people will remember.

ENL: Who is your favorite artist- trance, edm, or any other? Did this person/group influence you in any way?

TG: I’ve never had a big favorite but naturally there are tracks that I’ve loved more than others and these have influenced me. A few examples of artists that have had great releases in the past few years include Ummet Ozcan, Ben Gold, Ferry Corsten, Simon Patterson, M.I.K.E and Mark Sherry. I give great appreciation to all producers who try to create something unique and stay true to themselves. Almost every month I’m having a hard time finding standout tracks for my live and radio sets so I really give a thumbs up to all who jump out of the box every once in a while. And sure, I think all great music has an influence on its listener. Us producers all have individual styles and it’s great to notice different paths people take on melodies, drums etc.

ENL: Have you collaborated with others in the past, and do you have plans to in the future? If you could collab with anyone who would it be?

TG: In the past I’ve collaborated with Mike Koglin, my older brother Ima’gin and Jace Headland, and have of course done many remix swaps with artists. We’ve talked a few times about working together with Mark Sherry so hope that’ll happen one day, got something cooking with Mike Koglin and other names I’d love to work with are Ferry Corsten, Ben Gold and Simon Patterson for example. I think with all these the outcome could be pretty wicked!

ENL:  Any new tunes we should keep our eyes and ears ready for in the next coming month or months?

TG: Spatter Analysis is definitely one if you’re into driving trance, really looking forward to releasing that one. My remix of “Vengeance” for Mark Sherry comes out early March and also did a remix for Corti Organ which is released later in the spring. I also have another single coming out on my own label Echelon Records that will feature a remix by one of the artists mentioned in this article, will reveal it as soon as I can! That single is called “Blast Radius” and it is a bit different to my usual sound but has worked brilliantly on my live sets!

ENL:  If you could give any new DJ/Producer out there, just starting out, any one piece of advice- what would it be?

TG: Go for your own sound, experiment and test with different instruments, find out what’s your thing. The scene is currently overflowing with material so also pay a lot of attention to the quality, make sure your track is like a great calling card, something people want to check out again. Lastly, have lots of fun, meet great people in the scene and enjoy the music! 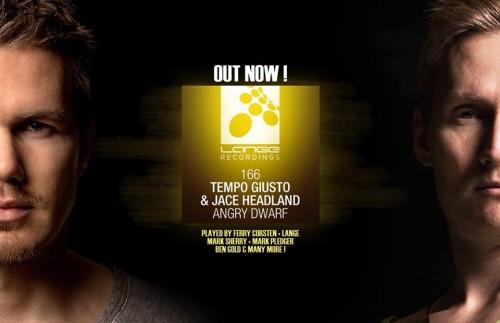 ‘We Are The Light’ Now On Full Release; Markus Schulz Talks About The Inspirations Behind His New Album

Markus Schulz – We Are The Light